As part of the Medicare Access and CHIP Reauthorization Act (MACRA) of 2015, the Centers for Medicare and Medicaid Services (CMS) established a new Quality Payment Program (QPP) designed to tie physician payments to quality and value. Under QPP, physicians not participating in advanced alternative payment models (APMs) are eligible for the Merit-Based Incentive Payment System (MIPS) which combines traditional fee-for-service (FFS) base payments with payment adjustments based upon physician performance across four categories:

A detailed analysis of what MIPS means to radiologists can be found here.  Based on the MACRA statute, CMS provides special considerations under MIPS for clinicians determined to be non-patient facing. These non-patient facing considerations include “exemption” from, that is re-weighting to zero, the ACI category – which supplants CMS’ previous EHR Incentive program, known as “meaningful use” – and a reduction in requirements by half in the Improvement Activities category. For small and rural practices, CMS reduced the number of required improvement activities to one high-weighted or two medium-weighted activities.  More information on MACRA and small and rural practices can be found here.

On Dec. 29, 2016, CMS posted a fact sheet and the list of CPT codes that would be used to determine the patient facing designation:

Now that the final list of CPT codes has been released, we are able to explore how radiologists will be affected by CMS’ patient facing designation. Working with Judy Burleson, ACR’s Senior Director for Quality Management Programs, and our own Wenyi Wang, we used CMS’ Physician and Other Supplier Public Use File for 2014 to examine how many radiologists would be designated as patient facing using CMS’ definition. Among other data elements, the publicly available Physician and Other Supplier data contain 100 percent of all Medicare FFS performed and aggregated by CPT code and individual physician. This allows us to calculate exactly how many “patient facing encounters” each radiologist billing Medicare FFS claims had in 2014:

Looking at this table, the number of physicians designated as patient facing is fairly consistent over time. Therefore, we have no reason to believe that the September 1-August 31 measuring period will vary much from these calendar year results.

An important consideration for radiologists when determining how they can best comply with MIPS is to remember that even if they are personally designated as patient facing, their group may still have the ACI category reweighted to zero and reduced IA requirements if their group (designated by the group Tax Identification Number) reports under the group reporting option. Under the group reporting option, if 75 percent of a group’s clinicians meet the non-patient facing criteria then the group does as well.

To help radiologists understand whether they – or their practice – are likely to be designated as patient facing for participation in MIPS, the Neiman Institute has provided the Radiologist Patient Facing Dataset on its website.  With this dataset, prepared using the publicly available Physician and Other Supplier data, radiologists can look up whether they would have been designated as patient facing by CMS in 2012-2014. By looking up all of the radiologists in their practice they can also determine whether they are likely to be exempt under MIPS’ group reporting option. Using this and other Neiman Institute online data tools, radiologists can prepare and succeed in CMS’ evolving payment models. 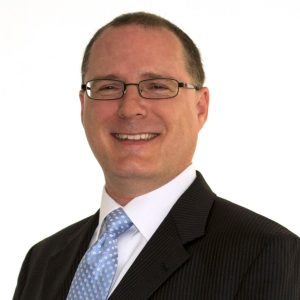